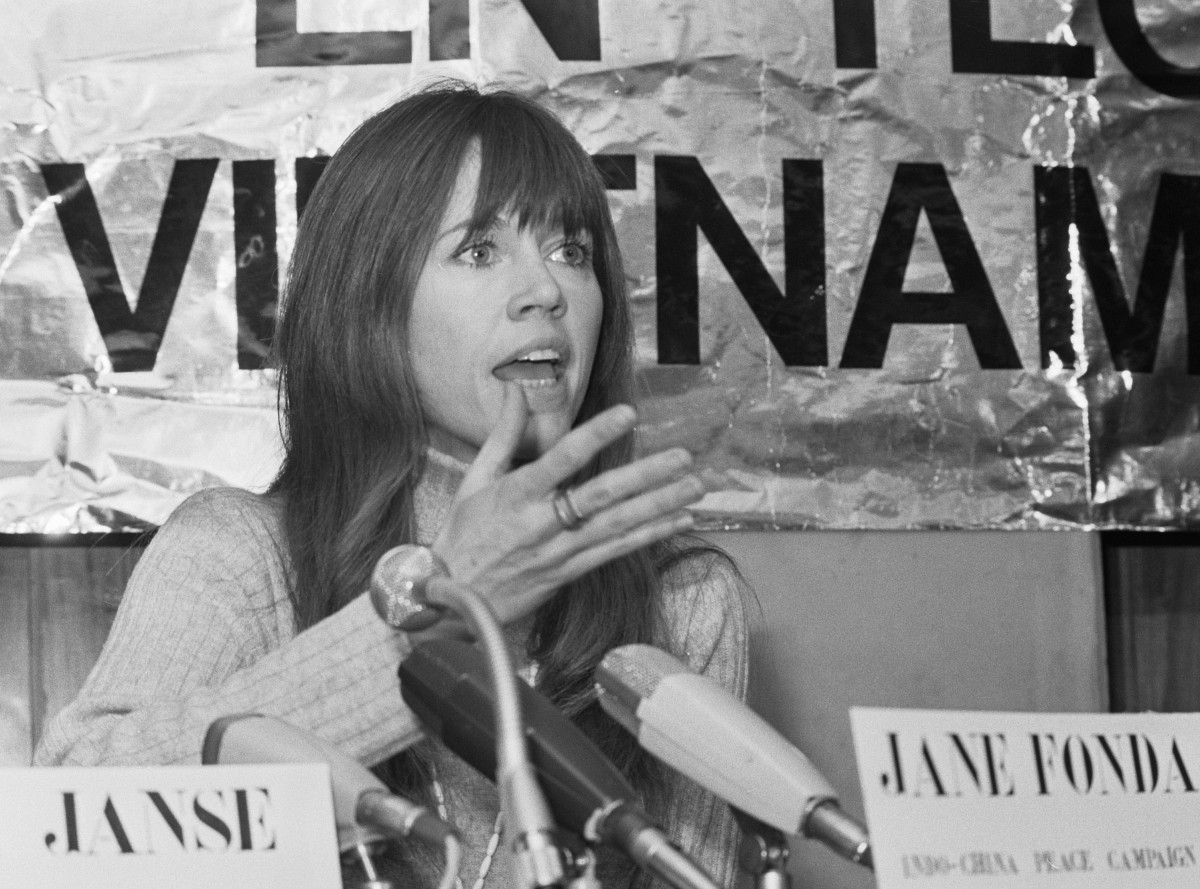 In April 1970, Jane Fonda, with Fred Gardner and Donald Sutherland formed the FTA Tour ("Free The Army", a play on the troop expression "Fuck The Army"), an anti-war road show designed as an answer to Bob Hope's USO tour. The tour, described as "political vaudeville" by Fonda, visited military towns along the West Coast, with the goal of establishing a dialogue with soldiers about their upcoming deployments to Vietnam. The dialogue was made into a movie (F.T.A.) which contained strong, frank criticism of the war by servicemen and servicewomen; it was released in 1972.

Sensationalism and propaganda, often advanced by the power and influence of the media, have perpetually played a key role in controversial events, especially warring conflicts. The counterculture movement of the 1960’s and 70’s spawned an arousal of skepticism and defiance of authority, especially relating to the Vietnam War. Because of the humiliating Watergate Scandal and the unpopular Vietnam quagmire, people became disillusioned with the glory and virtue of the American government system and military. Viewing the system now as a concern requiring a watchdog and gatekeeper, the masses heavily depended on the media to reveal to them “the truth” in their news and event information. Anti-war activists became ubiquitous in popular culture. It became another epic struggle between the Hawks and the Doves. Even celebrities and high-profilers used their star-power to indoctrinate the masses into supporting the principles of socialism and communism and sympathising with North Vietnam, thus becoming a greater enemy to American soldiers than the Viet Cong themselves. 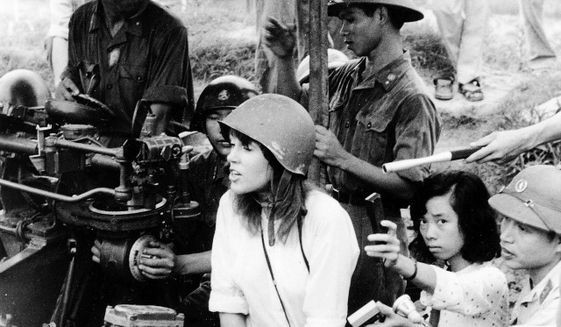 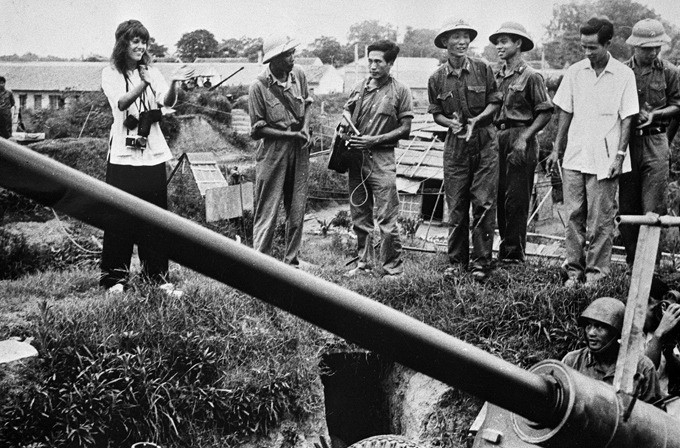 Perhaps the most famous instance of this type of sensationalism was Jane Fonda’s visit to Hanoi in July of 1972. As she openly posited, Fonda was a pro-communism socialist supporting Ho Chi Minh. Her two week, congenial visit to North Vietnam was meant to recognise the efforts and progress of the North Vietnamese while castigating the Nixon Administration, claiming that American tactics should be considered “genocide.” While in Hanoi, Fonda made many public appearances: posing for pictures with a smile on Vietnamese anti-aircraft weaponry and shaking the blood-stained hands of the Viet Cong men and women. Fonda even made live and taped radio broadcasts in which she claimed that American POWs were being treated benignly by the Vietnamese and admonished anyone who claimed he was tortured, saying these claims were fictitious inventions of self-interested “war criminals.” She told Americans to greet the soldiers when they returned home not as heroes, but rather as “hypocrites and liars.” Fonda’s outings were carefully documented by the media so to be used as sensationalism and propaganda supporting North Vietnam. When Fonda returned to the United States, the celebrity used her “peaceful encounters” and “heart-wrenching tales” in Hanoi as keynotes of her anti-war movement, much to the infuriation of Vietnam veterans earning her the nickname 'Hanoi Jane'. 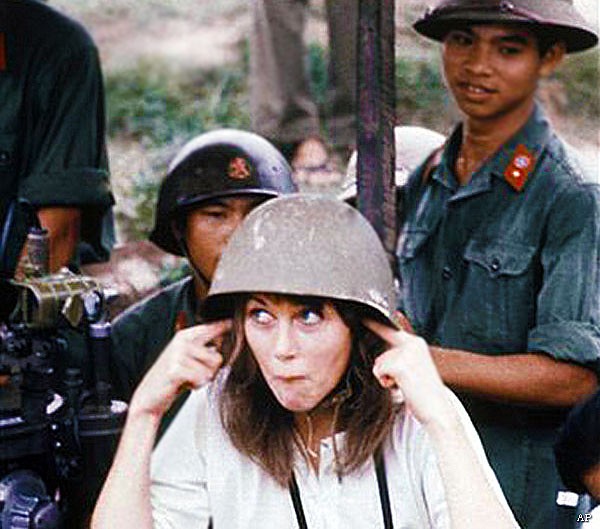 Bui Tin, who served on the General Staff of the North Vietnam Army, was to have stated that “America lost because of its democracy; through dissent and protest it lost the ability to mobilize a will to win.” The sensationalism inspired by celebrity visits, like Fonda’s, had the effect of a physical affliction on the already weathered soldiers; the scathing comments and public antagonism eroded the soldiers’ optimism, and eventually cost them the war. Anti-war activists, like Fonda, only aggravated tensions and violence on the home-front, thus bestowing upon the enemy an advantage, because a soldier with no cause or support is as worthless as a soldier with no ammunition. In effect, this form of sensationalism and propaganda led to the deaths of thousands of American lives. Sixteen years later, in 1988, Fonda made a public apology to the soldiers for her actions in Hanoi. However, there still remain many veterans and civilians who label her a traitor. Pins and patches we're manufactured with the slogan 'Fuck You Jane Fonda' and 'Hanoi Jane' both during the conflict and after. 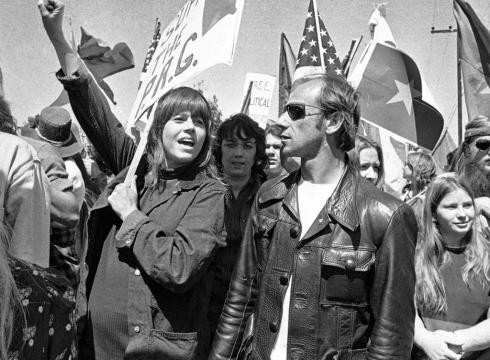 When US Naval Academy plebes, who weren't even born when Fonda protested the Vietnam war, shouted out "Goodnight, Jane Fonda!", the entire company replied "Goodnight, bitch!" This practice has since been prohibited by the academy's Plebe Summer Standard Operating Procedures. In 2005, Michael A. Smith, a U.S. Navy veteran, was arrested for disorderly conduct in Kasas City, Missouri, after he spat chewing tobacco in Fonda's face during a book-signing event for her autobiography, My Life So Far. He told reporters that he "considered it a debt of honour", adding "she spat in our faces for 37 years. It was absolutely worth it. There are a lot of veterans who would love to do what I did." Fonda refused to press charges 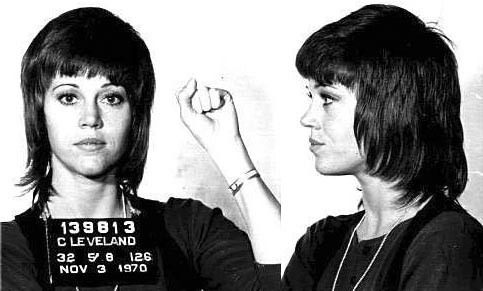