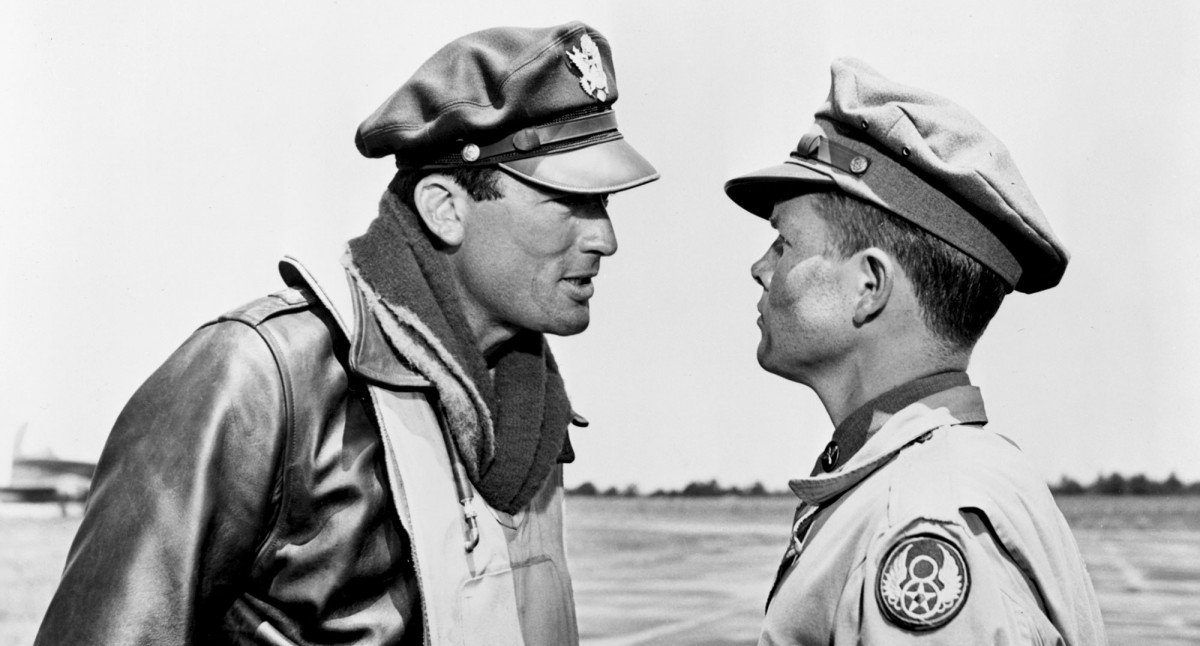 One of my all time favourite movies, Twelve O'clock High, is despite being over 60 years old apparently still required viewing at US Military training schools and academies. While many movies have valuable leadership lessons, few are about the very nature of leadership itself. Twelve O’Clock High is different, revealing both the power and challenge of leadership.

No individual, once he or she has seen Twelve O’Clock High, will ever again believe that it is impossible to craft a serious war film without profane language and graphic violence. It has been done, it has been done very well. Nor does an audience need to see the blood, in order to understand what happens to men in war. Grim phrases like “You can see his brain,” “… took the back of his head right off,” and “…wiping frozen blood off the windshield,” create enough of an image to satisfy the interests of historical accuracy. This is not a bloody film, but it is a necessarily and highly violent one. The air-combat scenes are not merely historically correct: the shots pieced together to create the fictionalised version of a real mission were taken from United States Army Air Force and German Luftwaffe archives. This does not just make for a higher level of entertainment, and it is not merely an improvement upon stunt work. Men really died—were shot, crashed their planes, or were victims of explosion before they could bail out—in the black-and-white film work on your home television screen. Real bombs were filmed, and shown here, hitting real buildings with real people in them. 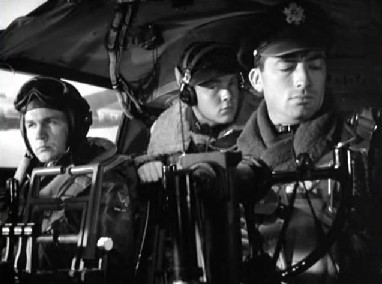 Director Henry King flourished enough in his career to attain the coveted veteran status, if not perhaps the label of “auteur”, his three films with actor Gregory Peck – Twelve O’Clock High, The Gunfighter and The Bravados – stand as his most well remembered works. Indeed, Twelve O’Clock High garnered some of the best reviews King had ever received and proved an enduringly popular war movie. Post World War Two films about the war were of course plentiful by the time of Twelve O’Clock High but few had approached the subject of war itself with as much ambiguity as King here attempted and also achieved success at the box office. Effective tales of combat heroism, the plight of the returning veteran and the inevitable stresses of war on individuals were common themes in films only tangentially questioning, if at all, the necessity of war rather than the terrible but necessary cost of it. King’s film is in retrospect a rarity, unusual for the fact that it examines wartime trauma but until the very end, it consciously chooses not to show any combat footage. Instead, it builds drama based on the anticipation of combat by measuring the pressures on officers and their fighting subordinates forced to test a new strategic means of warfare, one which brings with it a tremendous responsibility.

Twelve O’Clock High begins as an ex serviceman revisits an airfield and remembers its use during the war. The film subsequently tells the story of the early days of the USAAF presence in England, long before the D-Day invasion gave the allies a foothold on European soil. These squadrons are ordered to try a new, dangerous strategy – daylight saturation bombing raids – designed to cripple German industry and reduce its massive war machine. The generals push these men to see what can be endured: to determine how effective the strategy is and if more important raids into Germany itself could thus be assigned to the daylight bombers. With success and morale low, General Frank Savage (played by Gregory Peck) is sent in to replace the popular Colonel Davenport, a man seen to have become too close to his men. Savage seems a stern man who plans to reshape the unit into an effective fighting force, insisting on discipline and impersonality, at first having little but scant tolerance for the inter-personal bonds around him. The more he mixes with the men, earning their respect, the more he feels personally responsible for them. Against his wishes, he starts to care for them; a trait that jeopardises his effectiveness in the eyes of his superiors, ironically making him more like the commander he replaced. 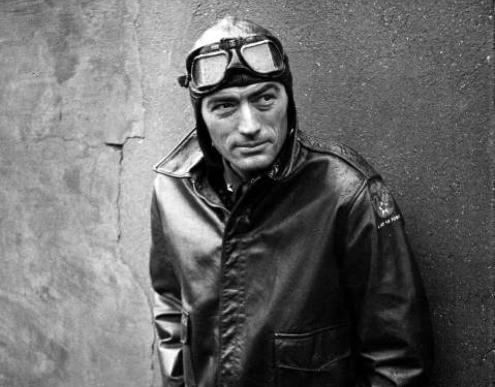 A superb first half dissects the sense of demoralisation, with the group, already bowed under its reputation as a hard-luck outfit, initially wilting even further as Peck applies kill or cure remedies like segregating the worst misfits and malingerers as a crew known as 'The Leper Colony'. Latterly, with Peck beginning to crack under the emotional strain and go the same way as Merrill. But King's control, the electric tension, and the performances all hold firm. Twelve O’Clock High addresses the solitary burden and responsibility of command in wartime. Officers know that they must repeatedly order men to their possible deaths and the film examines the notion of how much responsibility for these individual lives they should take. In so doing, it ponders whether the course of the war thus held in balance with individual life can cause what the military term an officer’s “over-identification with his men”: that a certain solitariness and remove is thus necessary. However, it soon takes to task the assumption of military professionalism that officers can remain substantially removed from the lives they are nonetheless responsible for. Strictly speaking, compassion is thus militarily unacceptable in stressful situations and yet the human test posed is precisely that, proving that respect and empathy when combined with pride can overcome hurdles and make stress bearable and achievement possible. Peck gradually realises this over the course of the movie. He starts out wanting to instil in the men under him a sense of pride in their unit and its professional accomplishments, finally moving beyond pride into a genuine concern for the men. At its peak, this leads to identification as part of a natural human empathy. Yet this contradiction if not balanced can lead to a form of psychological breakdown: humanism can only be suppressed for so long, the movie suggests.

Twelve O'Clock High is most adept in charting the gradual way in which this ordinary human empathy transforms a cold officer into a man acutely concerned with the fate of the men under him, wishing even to replace them or at least risk his own life leading them. Indeed, it is the suppression of empathy that is presented in the film as a uniquely military form of stress that may erupt in psychosis and the so-termed “over-identification” to compensate. Although the military would consider this weakness, the filmmakers see such as a sign of human strength, a redeeming and humanising quality. In this way the movie artfully balances its view of the duties of command with a sly critique of military inhumanity and impersonality.