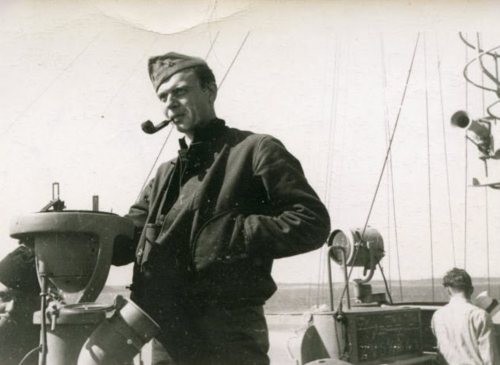 In the years during and preceding the Second World War the U. S. Navy developed and issued a multitude of different styles of cold weather gear and clothing. Winter jackets, commonly referred to as “Deck Jackets,” became the most cherished clothing articles of sailors during WWII and among collectors today. Most of the deck jackets used in WWII evolved from a dark blue, waterproof, zip-front design that was very similar in appearance to the U. S. Army’s Winter Combat Jacket (Tanker Jacket). In 1943, the second version of this Deck Jacket design was introduced, featuring a new-style front closure that was both an improvement over the zipper closure and a distinguishing characteristic of this jacket style that would later be considered a design classic.

This new Deck Jacket took into account the lessons learned from several years of warfare at sea. By the time America was actually at war and fighting in 1942, it was concluded that Navy personal who found themselves on shore or beach landing operations needed to be instantly and obviously recognized as U. S. Navy personnel when viewed mixed-in with various Army troops. Likewise, the USN had such different working uniforms from the U. S. Army that it was also feared GI’s unfamiliar with the Navy clothing might mistake USN personnel on the beach as enemy troops, many of whom were themselves also blue-clad navy forces manning the coastal defences that U. S. forces were assaulting. This potentially deadly dilemma was rectified in late 1942, whereby the newer-production zip-front Deck Jackets leaving the factories had the upper back area boldly stenciled with the identification text “U. S. NAVY” in block letters using an opaque, semi-reflective, silver-coloured silk screening ink. 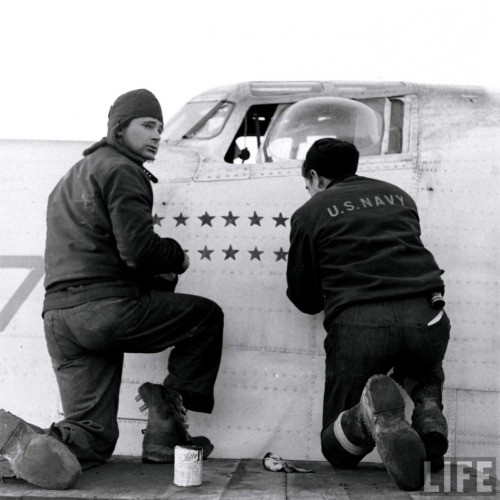 The revised Deck Jacket of 1943 was exclusively produced with the silver stencilling across the back, unlike the earlier jackets it replaced. It retained the waterproof, celluloid plastic interlining (sandwiched between the outer shell and Melton wool inner lining) of the earlier jacket style, but the most recognisable improvement incorporated in the 1943 Deck Jacket was the new style frontal closing method. The earlier jackets closed via a metal zipper. During very cold weather conditions, any collected water spray on the zipper would immediately freeze, making the zippers very difficult, if not impossible to operate. Likewise, deck personnel wore heavy gloves in cold weather, the wearing of which often made operating the zipper slide unduly hard, and if the zippers were ice-caked with frozen spray, more often than not they would simply fail completely. The solution to this problem was found in the typical fireman’s coats of the era. Naturally, firemen wore heavy gloves and were often coated in water from head to toe, and in winter, this water froze to their coats, yet they could fasten or unfasten their coats without great difficulty. The fireman’s coats, however, fastened not with zippers but with a metal hook-style clasp fastener that pivoted on a hinge pin and folded around and through a metal bracket. It was this same fastener design that the U. S. Navy incorporated into the 1943 Deck Jackets. 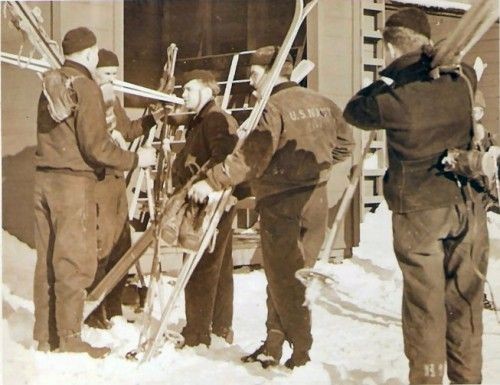 There are a few variation in the production of this "hook" type as well, the vast majority of original issued jackets includes the "D" patch pockets and single hook at the bottom of the jacket, however similar "hook" types without the "D" pockets exist and some have double hook enclosure at the bottom. This is no surprise as the patterns are usually modified to suit the situation and varies from one manufacturer to another.

This new Deck Jacket became synonymous with WWII U. S. Navy operations around the world and has since become a prized collectors item.