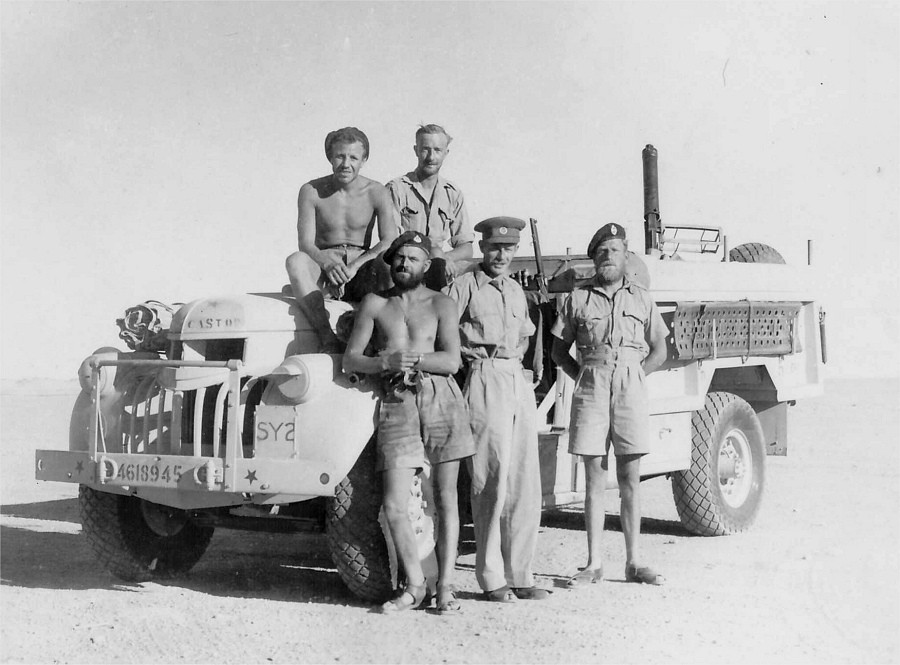 Formed by Ralph Bagnold in 1940, the Long Range Desert Group played a major part in the Allies victory in North Africa during World War Two, acting as their forward eyes and ears. The LRDG had two specific roles in the war in North Africa. They were to get behind enemy lines and act as scouts and gather intelligence to feed back to British military headquarters.

Often cited as the forerunner to the Special Air Service (SAS), the LRDG and SAS were in fact separate units operating alongside each other. The Special Air Service formed in July 1941 by David Sterling and originally called "L" Detachment, Special Air Service Brigade—the "L" designation and Air Service name being a tie-in to a British disinformation campaign, trying to deceive the Axis into thinking there was a paratrooper regiment with numerous units operating in the area (the real SAS would 'prove' to the Axis that the fake one existed). It was conceived as a commando force to operate behind enemy lines in the North Africa Campaign. Due to their expert navigation skills. members of the LRDG were often seconded to the SAS for specific missions. 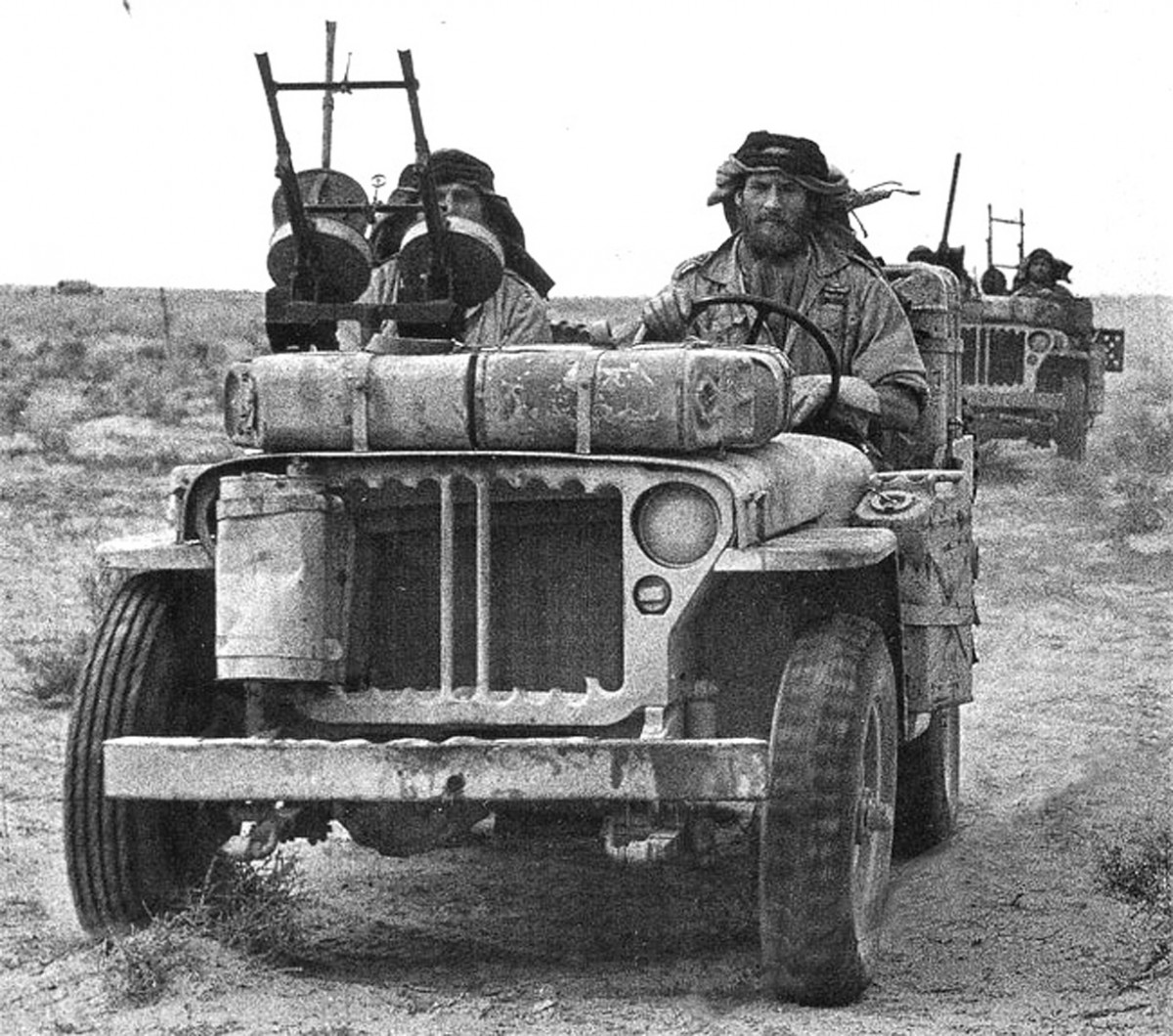 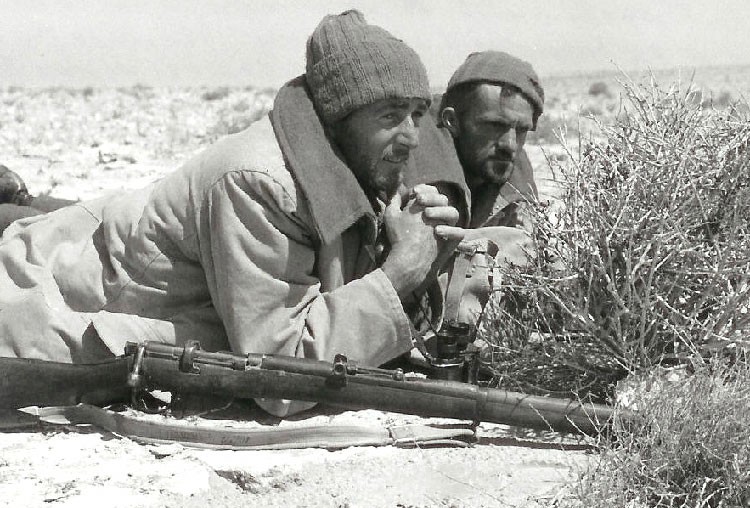 Initially the LRDG was known as the Long Range Patrol Group. After receiving the agreement of General Wavell to create such a unit, Bagnold was given 150 New Zealand volunteers, most of whom had a farming background. Bagnold believed that they would be more adept at maintaining vehicles in a difficult environment should mechanical problems occur.

The LRDG had three main patrols of forty men each. Each patrol was equipped with ten Lewis machine guns, four Boyes anti-tank rifles, anti-aircraft guns, Bren guns and Thompson sub-machine guns. Communication with base was maintained with the use of wireless sets. Their vehicle of choice was a Chevrolet 30-cwt truck. The first batch of these vehicles was obtained from the Egyptian Army or bought in Cairo. Each vehicle commander was allowed to modify his vehicle as he saw fit. The normal range for the Chevrolet was 1,100 miles and it could carry three weeks supply of food and water. In many senses it was the perfect desert vehicle.

On September 13th, 1940, the LRDG set up its first base at the Siwa Oasis. To get to this base, they had to drive about 160 miles across the Egyptian Sand Seas. Just two days later, the unit had its first experience of combat when a patrol led by Captain Mitford attacked an Italian petrol dump and emergency landing fields along the Palificata. Another patrol led by Captain Clayton crossed into French held Chad and persuaded the French forces there to join the Free French Forces. The two patrols met at Gilf Kebir, where they could re-supply, and travelled back to Cairo. By the time they returned, both patrols had covered about 4000 miles and had achieved a great deal. 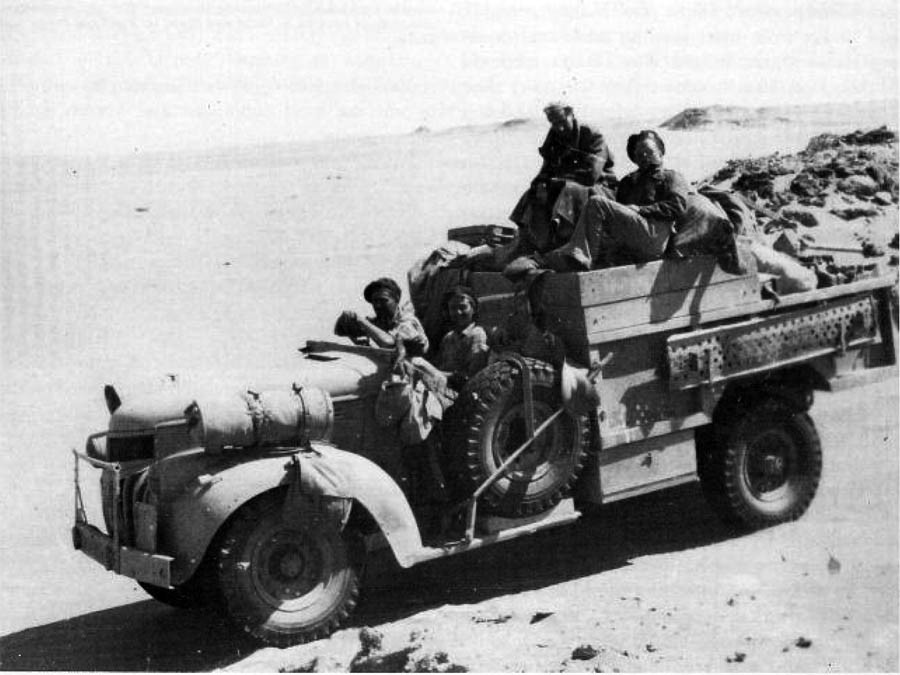 Buoyed by such success, the War Office agreed that the LRDG could double in size to 300 men. The unit was officially now called the Long Range Desert Group and Bagnold was promoted to Lieutenant Colonel. Volunteers were heavily vetted for such difficult work, but Bagnold found the extra 150 men he wanted. They came from the British, Indian and Rhodesian armies. Their primary targets were enemy held oases. The attackers went in quickly and disappeared just as quickly. Evidence points to the fact that the Italian commanders in North Africa were bemused by what happened to them and even Bagnold recognised that “the Italian army was halted for months”.

The LRDG returned to Chad and, combining with the Free French there, fought the Italian in the region of the Murzuk Oasis. They also succeeded in capturing Kufra, which in 1941 became the headquarters for the unit. Bagnold later wrote that the temperature frequently exceeded 50 degrees C, which, he claimed, his men found tolerable as it was dry heat. His main iisue was not being able to eat properly during sandstorms, which lasted for several days. Because of the hostility of the environment, few other Allied units got to the Kufra region. To all intents, the LRDG commanders there were de facto full commanders of an area the size of northern Europe. 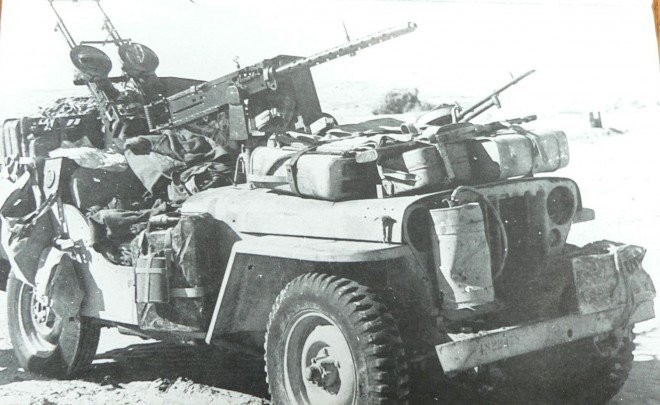 One of the main keys to their success was their choice of vehicles. The LRDG vehicles were mainly two wheel drive, chosen because they were lighter and used less fuel than four wheel drive. They were stripped of all non-essentials, including doors, windscreens and roofs. They were fitted with a bigger radiator, a condenser system, built up leaf springs for the harsh terrain, wide, low pressure desert tyres, sand mats and channels, plus map containers and a sun compass devised by Bagnold. Wireless trucks had special compartments built into the bodywork to house wireless equipment. Initially the LRDG patrols were equipped with one CMP Ford 15 cwt F15 truck for the commander, while the rest of the patrol used up to 10 Chevrolet 30 cwt WB trucks.From March 1941 the 30 cwt Chevrolets were replaced by the CMP Ford 30 cwt F30, although in some ways this was a retrograde step; because they were four wheel drive and heavier than the Chevrolets, they used twice as much fuel, which in turn reduced the range of a patrol. From March 1942 the Fords were progressively replaced by 200 Canadian Chevrolet 1533 X2 30 cwts which had been specially ordered for the LRDG. From July 1942 Willys Jeeps began to be issued for the patrol commander and patrol sergeant. 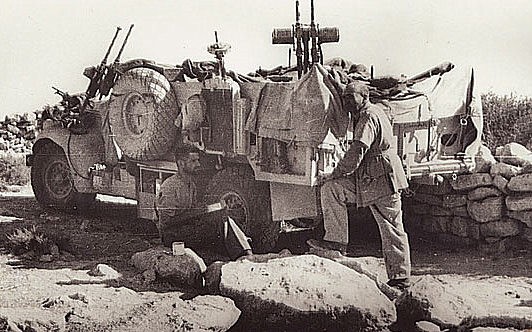 In May 1943 the LRDG was sent to Lebanon to retrain in mountain warfare. However, following the Italian armistice they were sent to Leros, one of the Dodeconese Island, to serve as normal infantry. They later took part in the Battle of Leros, where the commanding officer John Richard Easonsmith was killed and replaced by Davis Lloyd Owen. After the battle the last New Zealanders, two officers and approximately 46 men, were withdrawn from the LRDG and returned to their division. 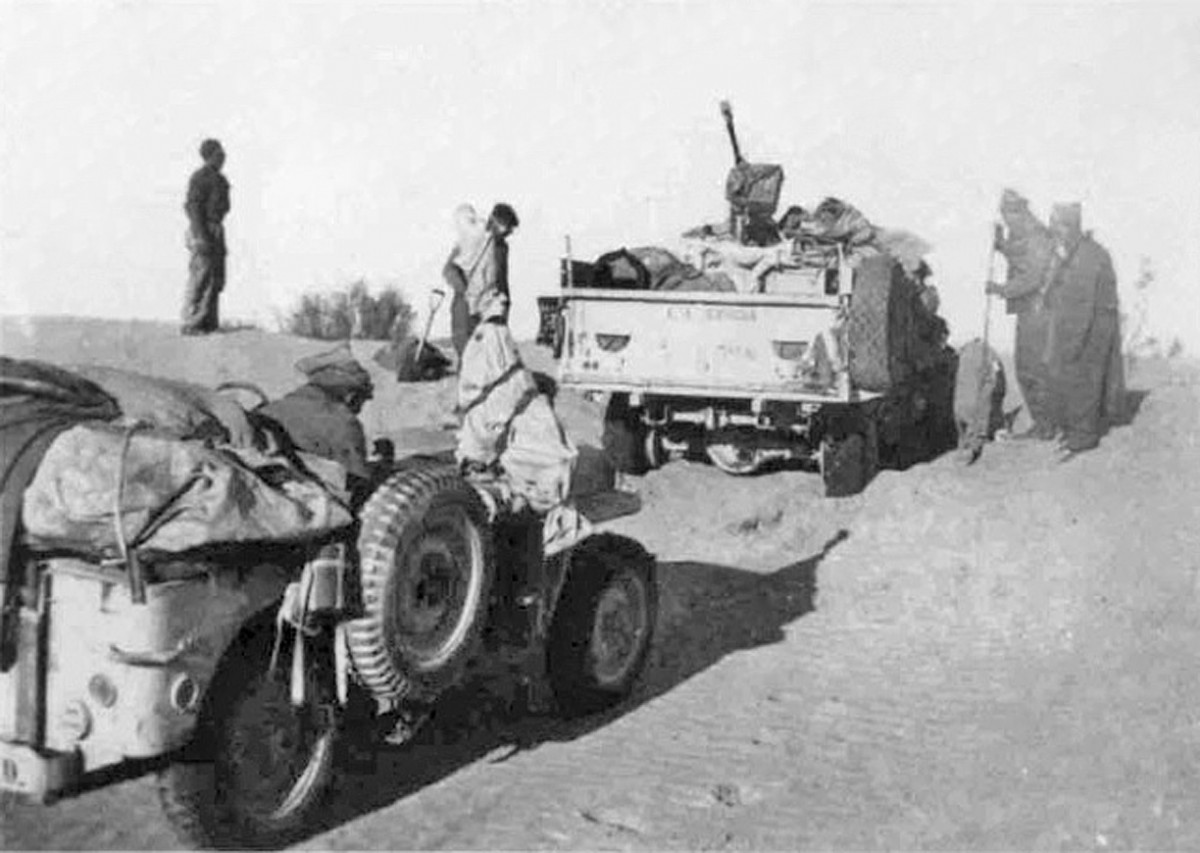 In December 1943, the LRDG re-organised into two squadrons of eight patrols. Each patrol contained one officer and 10 other ranks. Major Moir Stormouth Darling was given command of the British Squadron and Major Kenneth Henry Lazarus the Rhodesian Squadron. Patrols were then parachuted north of Rome to obtain information about German troop movements, and also carried out raids on the Dalmatian Islands and Corfu.

In August 1944, British Squadron patrols were parachuted into Yugoslavia. One patrol destroyed two 40 feet (12 m) spans of a large railway bridge, which caused widespread disruption to the movement of German troops and supplies. The commanding officer Lieutenant-Colonel Owen and a team of 36 men were parachuted into Albania in September 1944. Their mission was to follow the German retreat and assist Albania Resistance groups in attacking them. In October 1944, two British Squadron patrols were parachuted into the Florina area of Greece. Here they mined a road used by the retreating Germans, destroying three vehicles and blocking the road. Firing on the stranded convoy from an adjacent hillside, they directed RAF aircraft in to destroy the rest of the convoy.

After the end of the war in Europe, the leaders of the LRDG made a request to the War Office for the unit to be transferred to the Far East to conduct operations against the Japanese Empire. The request was declined and the LRDG was disbanded in August 1945.