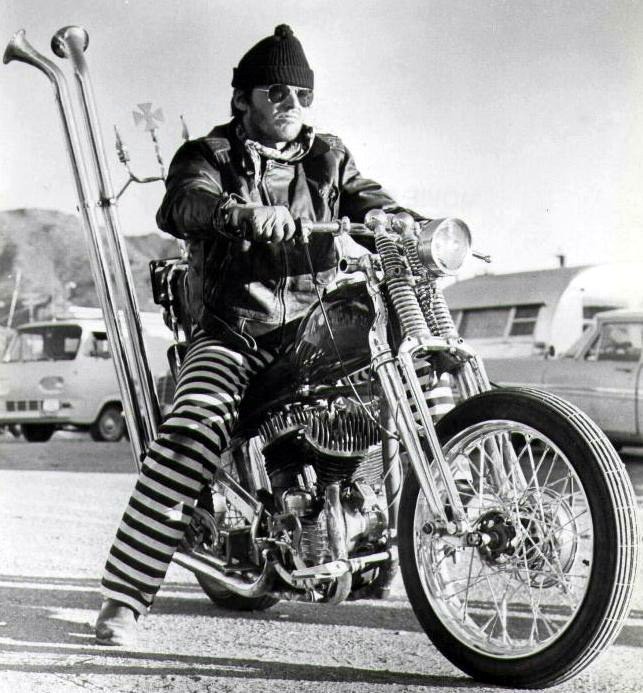 It's widely accepted that all biker movies are the bastard children of The Wild One. Produced by Stanley Kramer as a vehicle for Marlon Brando, the 1953 Columbia release put a fictitious spin on the publicised AMA motorcycle rally that got out of hand in the northern California town of Hollister in July 1947. Despite this prestigious kick start, the biker subgenre only became a going concern after the success of Roger Corman's The Wild Angels in 1966. (The script by Corman and Charles Griffith, with an uncredited assist from Peter Bogdanovich and Polly Platt, was inspired by Life magazine's coverage of the funeral of Sacramento Hells Angels chieftain James "Mother" Miles in January of that year.) Leather-clad "trick-riders" had appeared in plenty of films in the interim but were rarely the focus of attention. In American International Pictures' "Beach Party" films, Eric von Zipper's leather-on-leather Ratz were comic foils for clean-cut Frankie Avalon and his whitebread preppy brothers. 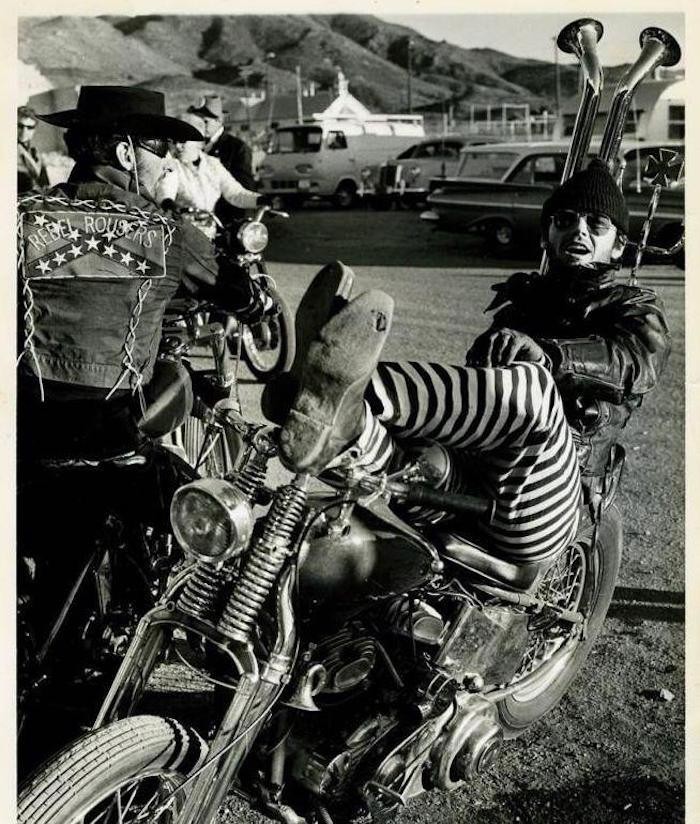 It took the maverick Corman to see life through a biker's eyes. Shot for $360,000 as All the Fallen Angels, the film featured Peter Fonda (a last minute replacement for West Side Story star George Chakiris, who balked at having to ride a Harley) and Bruce Dern as gypsy riders wanting "to be free and to ride (their) machines without being hassled by the Man." Working as a production assistant to Corman, Jack Nicholson came up with the more marketable title and The Wild Angels, which opened the 1966 Venice Film Festival, went on to gross $10 million. 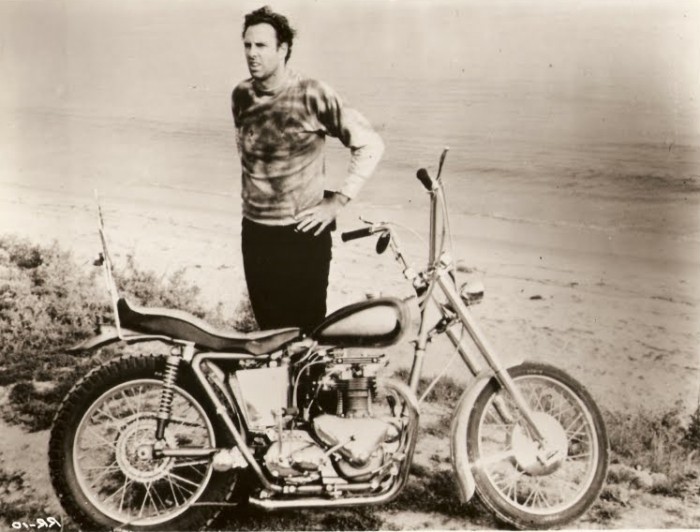 Independent producers rallied to cash in on that success. Bruce Dern's manager, Martin B. Cohen, quickly set up The Rebel Rousers for himself to direct, with prominent lead roles for both Dern and his then-wife Diane Ladd. Dern lobbied for the casting of Jack Nicholson, whom he had met in Martin Landau's acting class. Nicholson was despondent over the failure of his marriage to actress Sandra Knight and frustrated that the two westerns he had produced for director Monte Hellman in 1965 -- Ride the Whirlwind and The Shooting -- had been rejected by Corman. 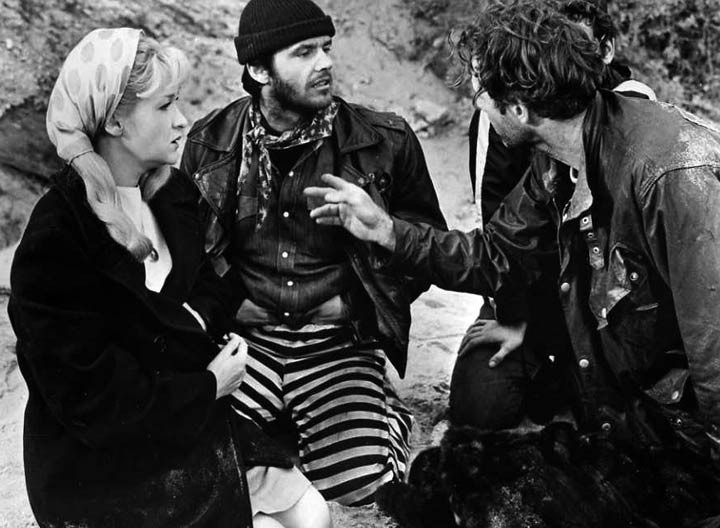 Written quickly by Martin Cohen with Michael Kars and New York playwright Abe Polsky, The Rebel Rousers shuffles Orson Welles' Touch of Evil with Howard Hawks' Rio Bravo, pitting a middle-aged architect (Cameron Mitchell) and his expectant girlfriend (Ladd was pregnant at the time with daughter Laura Dern) against a biker gang led by the volatile partnership of Dern and Nicholson. Fourth-billed, Nicholson doesn't utter an intelligible line of dialogue until forty-five minutes in but is never less than eye-catching in striped convict pants and a black watch cap similar to one he'd wear in Milos Forman's One Flew Over the Cuckoo's Nest. Nicholson looks like a 60’s tribute to Lee Marvin's iconic biker Chino from The Wild One. They both rode Harley Bobbers on screen – Nicholson on a 1945 Flathead for Rebel Rousers, Marvin on a 1949 or 50 Flathead in The Wild One.

Jack Nicholson went from the ignominy of The Rebel Rousers to a better role in AIP's Hells Angels on Wheels, which was endorsed by Hells Angels frontman Sonny Barger. It was only after Nicholson's Academy Award nominated appearance in Dennis Hopper's Easy Rider that The Rebel Rousers won a proper theatrical release, in April 1970.