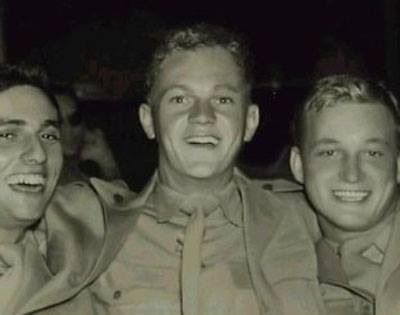 “The only way I could have been made corporal was if all the other privates in the Marines dropped dead.”

Steve McQueen's legacy as the "King of Cool" began early in his acting career and carries on to this day. He loved racing, frequently got in trouble, had three wives, and donated to the California Junior Boys Republic. His childhood was tumultuous. His father left both he and his mother after six months, and McQueen lived with his grandparents until he was eight. His step-father beat him and his mother which drove McQueen to live on the streets for a time. He was later sent to the California Junior Boys Republic where he began to mature.

After drifting from job to job, working in a brothel, as a Merchant Mariner, oil rig worker, a carnie, and a towel boy in the Dominican Republic McQueen joined the Corps in 1947. He was promoted to Private First Class and served with an armoured unit, but he was demoted back to private seven times. His rebellious nature came to a head when he let a weekend pass turn into a two week tryst with his girlfriend. Shore patrol apprehended him, but he resisted and spent 41 days in the brig; the first 21 were spent living off of bread and water. 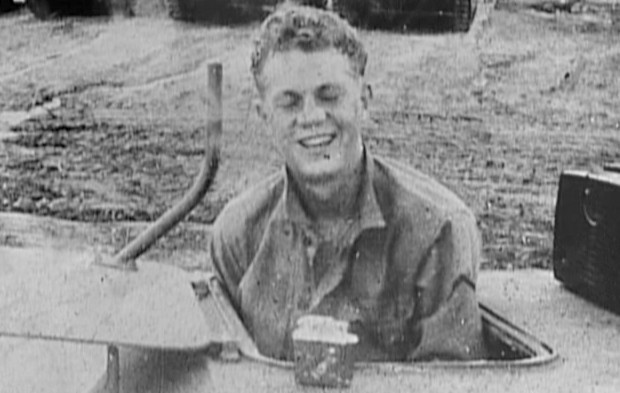 His time in the brig served to reform as he attempted to improve himself and embody Marine values. Later on his unit was performing a training exercise in the Arctic which turned disastrous. The ship McQueen, his unit, and their tanks had boarded hit a sandbank which threw several tanks and their crews into the water. Many drowned immediately, unable to get out of their tanks, but McQueen jumped in and saved the lives of five men.

In recognition of his actions, McQueen was chosen to partake in the Honour Guard protecting Harry S. Truman's yacht. McQueen stayed with the Marines until 1950 when he was honourably discharged. "The Marines gave me discipline I could live with. By the time I got out, I could deal with things on a more realistic level. All in all, despite my problems, I liked my time in the Marines," McQueen said.

After leaving the Marines, McQueen used money earned through the G.I. Bill to study acting at Sanford Meisner's Neighborhood Playhouse. He began entering races at the same time and brought home about $100 home per week in winnings. McQueen became steadily employed on the show "Wanted: Dead or Alive". Later on his Hollywood break came by way of Frank Sinatra who hired him for the part of Bill Ringa in "Never So Few", the rest as they say is history. 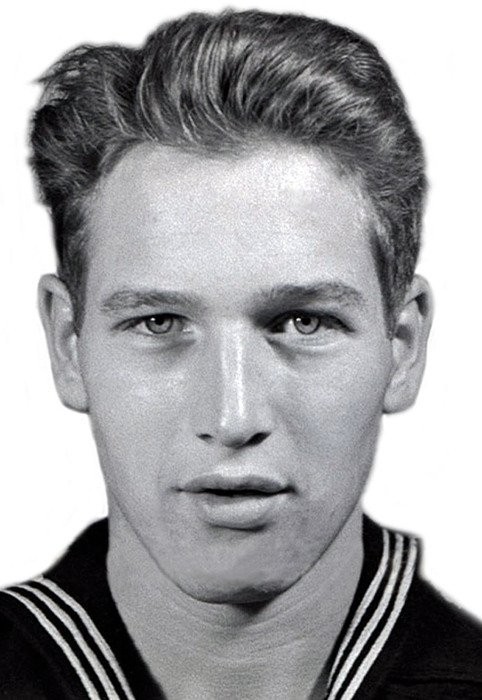 Another contemporary of McQueen who started out in the military was his friend Paul Newman. Born in a suburb of Cleveland in 1925. His family owned and operated a small, lucrative sporting goods store that provided a comfortable lifestyle. After Newman graduated from Shaker Heights High School in 1943, he joined the Navy's V-12 program at Yale University in the hopes of becoming a pilot. His hopes were dashed, however, when it was discovered that he was colour blind. Instead of completing the program, Newman was shipped to basic training where he qualified to be a rear-seat radioman and gunner for torpedo bombers. In 1944, Newman was sent to Barber's Point where he operated in torpedo bomber squadrons designed to train replacement pilots. He was later stationed on an aircraft carrier as a turret gunner for an Avenger aircraft.

One of Newman's later posts was aboard the USS Bunker Hill which fought in the Battle of Okinawa in 1945. In a stroke of fate, his pilot developed an ear infection and they were held back from flying in the Okinawa campaign. Because of this, he and his pilot avoided the destruction of their ship, and the deaths of the sailors aboard. Newman was discharged in 1946 in Washington. Hs military honours included the American Area Campaign medal, the Good Conduct medal, and the World War II Victory medal. 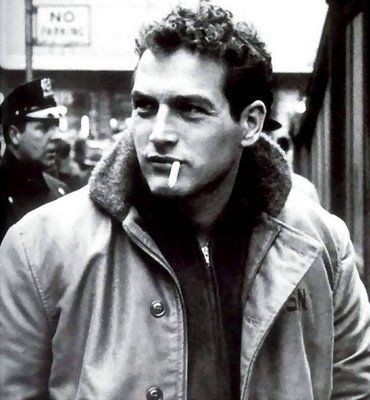 After he left the military, Newman used the GI Bill to enrol in Kenyon College in Gamier, Ohio. There he engaged in numerous activities including football and acting. He reportedly wasn't very interested in his studies, but did graduate with a Bachelor of Arts in Drama and another in Economics. Afterwards he wandered through various jobs including acting in stock companies and running his family store. Eventually he attended the Yale School of Drama for one year before moving to New York and studying at the Actors Studio.

Newman started off in Broadway productions, moved to television, and eventually landed his first Hollywood role in "The Silver Chalice" in 1954. He went on to star in classics such as "Butch Cassidy and the Sundance Kid," "The Towering Inferno," and "Mr. and Mrs. Bridge." His awards for acting included an Academy Award, two Golden Globes, and an Emmy Award.